By ReneeJanuary 3, 2022Pilates In Holland
No Comments

A few years ago, I was doing a forward fold in the kitchen, relieving some tension in my lower back. I was able to get my fingertips to the ground, a fact that I am very proud of because it was hard-won by years of Pilates and stretching. My kids were duly impressed. 🙂 But when I watched them do a forward fold and saw their fingers barely go past their knees, I knew we needed to work on their flexibility too.

So we made a little bet. The first to touch the floor (without bending their knees!) would get to pick a fancy restaurant for us all to go to. (Yes, this is a big incentive for my foodie kids!) I looked forward to a good meal and more flexible kids.

We never went out to dinner. The kids worked at stretching their glutes and hamstrings for a few days and quickly lost interest. But it wasn’t really their fault; I didn’t teach them any other ways to achieve that goal, mostly because I didn’t fully understand it myself. However, Mandy mentioned something in class a few weeks ago that got me thinking. We were rolling out our upper arms and shoulders (teres major & minor and deltoids) on the wall with racquetballs and she said, “This is a great one for lengthening your reach and getting a few more inches in a forward fold. It’s not just about lengthening your hamstrings, everything along your bodyline can be released and lengthened.”

I had also been doing some side-lengthening release work with Terree, using the green ball to release the quadratus lumborum (QL) between the lowest rib and the top of the pelvis. Following that, I  rolled up the ribs to loosen the intercostals (muscles between the ribs) and the serratus anterior (a fan-shaped muscle that wraps around the rib cage on either side of the torso, running from the thorax to the shoulder blade under the armpit), and I suddenly felt taller.

Here I was focusing on the obvious glutes and hamstrings and ignoring the more “hidden” muscles that most of us don’t know to give some equal love. I wondered, what would happen if I just rolled out that whole line: glutes and hamstrings and up and down the spine, QL line up through intercostals and serratus, and the teres major & minor, and deltoids? Would simply releasing that fascia (a band of connective tissue that separates the muscles) and musculature increase the reach on a forward fold?

Using my son, Ian, as a test subject, we did just that. I measured his reach on a forward fold, and then we began the experiment: 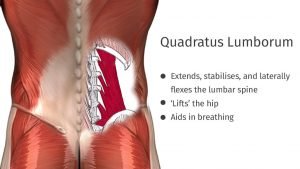 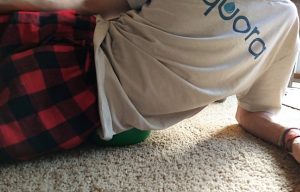 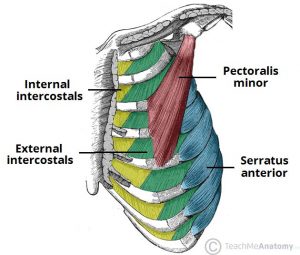 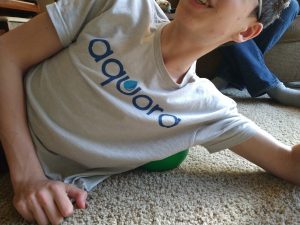 The answer to my question above is yes, very resoundingly yes! Ian went from being about 8 inches from touching the floor to less than 6 inches…all after only about 25 minutes of release work. 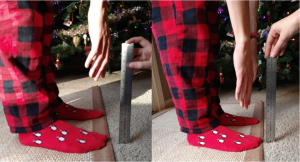 Over the next few weeks, we’ll be talking about “hidden muscles” that deserve more attention. We’ll also be looking at ways not just to strengthen them, but to lengthen and release, as well as care for yourself in perhaps new and surprising ways.