My husband recently ended his first session at Pilates in Holland and got his first card from his instructor. “You guys do this every session?!?”

“Yes, and it also makes for a wonderful community.”

This made me think of a book I recently read called I Want to Thank You. The author, Gina Hamadey, explains how she (inadvertently) set out to write a thank you note every day for a year. It started with thank you notes after a child’s birthday party, but then she started thinking about other groups of people she could write to. Old college friends, neighbors, local merchants, family members; the possibilities were almost endless. 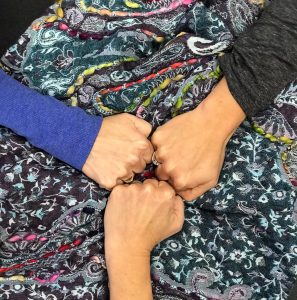 One of my favorites that she did was finding old photos and turning them into postcards sent to the people featured on them. She often started “Remember when we were young and carefree….” At first, she was nervous about writing to people out of the blue. Would they think it was weird? But the overwhelming response was “thank you for sharing that memory, you really brightened my day!” She even rekindled a friendship that had petered out.

Writing notes to local shop owners, clerks, and chefs who had done something kind for her or her kids or who they just saw frequently had a similar effect. They suddenly all remembered her name and had more time for conversation and real interaction during a time that used to just be a brief transaction.

And that’s what’s important to us at Pilates in Holland. Our clients could get their workout at a chain fitness center and get that transactional experience. We strive for more genuine community building, like knowing who’s kid is heading off to college, who just got a new horse, or who is recovering from a recent surgery. We also focus on our Holland community by donating to the Community Action House or a PIH client who’s helping Ukrainian refugees in Romania. 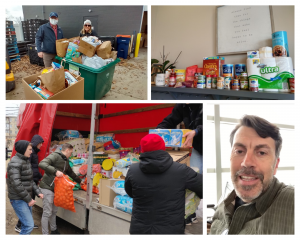 We call ourselves community movers at PIH. I’ve said it so many times you’re probably sick of it! But it’s the core of Pilates in Holland. Anyone can get you to move your body, but we want to move your brain and heart too. Thank you for being part of this vibrant community…and we’re always ready to add new people! Every body belongs here.